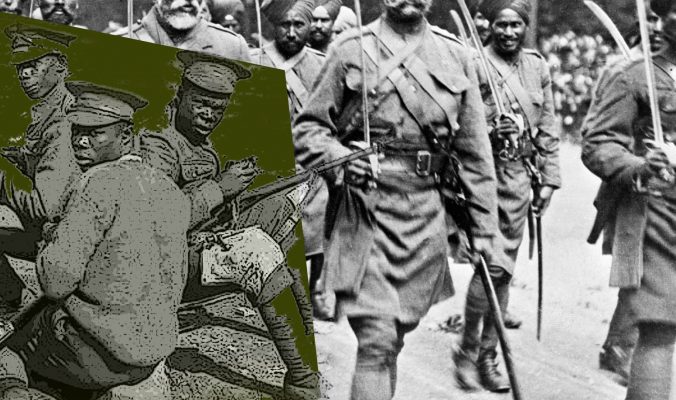 2018 marks the centenary of WWI. Empire troops fought in the most infamous battles of the war, including Ypres and Passchendaele. The hidden histories of soldiers from Africa, the Caribbean and South Asia need to be recovered and their stories told. Nottingham Black Archive (NBA) has been working with Prof. Sharon Monteith of Nottingham Trent University and literature organisation Renaissance One with funding from the Arts and Humanities Research Council (AHRC) Centre for Hidden Histories, to produce a touring exhibition to commemorate forgotten commonwealth troops

The We Will Remember Them exhibition, features original artwork from Jerwood Prize winner, Barbara Walker & Keith Piper and the local narratives of Irfan Malik and Waple Fleming and the contributions made by the Indians in Dulmial Village and the British West Indian Regiment.

Join us on the 2nd September, New Art Exchange, Nottingham at 6:30pm to celebrate the launch of the exhibition . There will be talks from The National Caribbean Monument Charity, Dr Irfan Malik, Prof. Kurt Barling, Pilgrim Church Senior Minister Clive Foster, NBA’s Panya Banjoko who will be sharing the local research, and a parade of Caribbean Standards by WAWI.