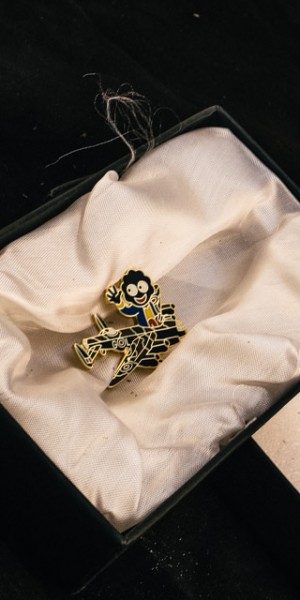 The Golliwog originated as a character in Florence Kate Upton and Bertha Upton’s 1895 book The Adventures of Two Dutch Dolls. While some see the golly as a cherished cultural artefact and childhood tradition, others argue that it is a symbol of racism against people of African descent. This golly is flying an Avro Lancaster. The Avro or Lancaster Bomber is the most famous and successful RAF heavy bomber of World War Two. It first saw active service with RAF Bomber Command in 1942. It became the main heavy bomber used by the RAF and squadrons from other commonwealth and European countries serving within the RAF.